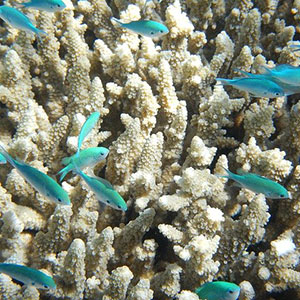 The right vacation to Australia can easily transport you to another state of mind, especially if it includes a crocodile cruise in Darwin, a glass-bottom-boat tour at the Great Barrier Reef, a wetlands cruise on the Yellow Water Billabong, and many other exciting modes of transportation. The most moving experience on this grand tour of Australia, however, is an overnight rail journey on the legendary The Ghan Train-an exhilarating crossing through the heart of the Australian Outback to the tropical coast of the Northern Territory. A stop to cruise through the majestic Katherine Gorge offers the perfect opportunity to stretch your legs and imagination. As you venture in every direction on this encompassing tour of Australia-including untamed Tasmania-you’ll also be moved by big-city lights, Red Center sunsets, growling Tasmanian devils, and calm, cuddly koalas. All aboard for an above-and-beyond adventure through the “Land Down Under.”Spend an extra night in Hobart for the chance to witness Mother Nature cast her magical aurora australis (southern lights) across the night sky of Tasmania-one of the best places on earth to see this heavenly light show. Includes two evening excursions with a Local Expert to learn how the aurora australis differs from the northern lights (aurora borealis). Enjoy warm drinks and treats and learn how to take the perfect photograph of the lights dancing across the horizon.

When the early colonists began building Adelaide they built with stone, constructing a solid, dignified city that is civilised and calm in a way that no other Australian state capital can match. The solidity goes further than architecture, for Adelaide was once regarded as a city of wowsers and was renowned chiefly for its disproportionately large number
of churches. But there is no denying that the city has a superb setting-the centre is surrounded by green parkland, and the metropolitan area is bound by the hills of the Mt Lofty Ranges and the waters of Gulf St Vincent.

Accommodations
Ranging from camping grounds to up-market hotels but whatever your budget make sure you book well ahead if you intend to be in town during the Adelaide Arts Festival. Most hostels are in the south-eastern corner of the city centre; Hindley St in the city has mid-range options, North Terrace has the top-end hotels. Adelaide is famous for its focus on food and wine and has more restaurants per head of population than any other city in Australia. Its huge variety of cuisines and wide range of local wines make dining a culinary adventure. Rundle St, Hindley St and North Terrace are the main food centres.

Environment
The streets of Adelaide’s central business district follow a grid pattern which makes it very easy for visitors to find their way around. Victoria Square sits in the centre of the grid. The River Torrens separates the city centre from North Adelaide, and a green belt of parkland surrounds both areas. Adelaide has a Mediterranean climate with maximum temperatures averaging 28 degrees centigrade between November and March. In winter, temperatures can fall below 10 degrees.

Attractions
The South Australian Museum, which has a huge whale skeleton in the front window, is one of Adelaide’s landmarks. The museum has a good collection of Aboriginal artifacts, including an Aboriginal Dreamtime exhibition. Looking uncannily like a squared-off version of the Sydney Opera House, the Festival Centre is the home of the Adelaide Festival. Inside, there is a variety of performance spaces and galleries, and there are free rock concerts in the outside amphitheatre on Sundays
during summer. One of the most pleasant aspects of the Festival Centre is its riverside setting; people picnic on the grass out the front and paddleboats can be hired nearby. Tandanya is an Aboriginal cultural institute containing galleries, arts and crafts workshops, performance spaces, a cafe and a gift shop. On Friday nights there are performances of plays and traditional music in the cafe. The East End Market is the place to head for alternative clothes and jewelry. The Orange Lane Market is Adelaide’s answer to Petticoat Lane, with Indian fabrics, second-hand clothes, tarot readings, antiques and even massages on offer. Glenelg is one of the most popular of the beaches which stretch in a long chain south of Adelaide. It is also one of the oldest parts of Adelaide, so there are a number of places of historic interest. A vintage tram runs from Victoria Square in the city centre to Glenelg Beach, taking about 30 minutes.

Ayers Rock is located in Northern Australia near Alice Springs. The large red ‘rock’ is noted to be the largest monolith in the World.

The Great Barrier Reef curves close to the coast and meets the rain forest at Cairns, the gateway to Australia’s “Deep North.” Explore the reef up close via catamaran, or choose from a host of excursions the lush tropical forests, picturesque towns and homesteads that surround the city. The nearby town of Kuranda has a butterfly farm and a great street market on Sundays and Wednesdays.

Darwin, capital of the Northern Territory, N Australia, on an inlet of the Timor Sea. It is the chief port and administrative center for the sparsely settled tropical north coast. Called Palmerston until 1911, it was renamed for Charles Darwin, who discovered its site in 1839. It has been largely rebuilt since a devastating typhoon in 1974. Kakadu National Park is nearby.

Hobart, capital and chief port of Tasmania, SE Australia. Its harbor is one of the world’s finest. Manufactures include processed food, textiles, chemicals, and glass. Founded in 1804, it is the site of the Hobart Theatre Royal (1836), Australia’s oldest major theater.

Melbourne, (mèl´bern) city (1991 est. pop. 3,153,500), capital of Victoria, SE Australia, on Port Phillip Bay, at the mouth of the Yarra R. Australia’s second largest city, it is a commercial and industrial center with such manufactures as ships, automobiles, farm machinery, textiles, and electrical equipment. The city was settled in 1835 and named (1837) for the British prime minister, Lord Melbourne. It was the seat of the Australian federal government (1901-27). The population,
once primarily British, has changed since World War II with immigration from E and S Europe. Melbourne was the site of the 1956 Olympic games. The Melbourne Cup Race is run annually.

Sydney, capital of New South Wales, is Australia’s largest city, chief port, and main cultural and industrial center. Manufactures include ships, refined oil, chemicals, textiles, and automobiles. Sydney Harbour and Port Botany are the main ports. Founded as a penal colony in 1788, Sydney is Australia’s oldest settlement. Its population surged during the Australian gold rushes of the 1850s. Sydney replaced Melbourne as the nation’s largest population center after World War II. Landmarks include the Sydney Harbour Bridge (1932); the Gladesville Bridge (1964); the modernistic Sydney Opera House complex (1973); and the Centrepoint Tower (1981), Australia’s tallest building. The city has several universities and museums, including the National Gallery of Art and the Australia Museum.

Prices are per person, land or cruise only, based on double occupancy. Offer subject to availability and change without notice. Some restrictions may apply. Please ask us for details.

Charges not included in the land vacation price: airfare to and from the start of your vacation; airline baggage fees including checked and/or excess baggage fees; Federal inspection fees for the Federal U.S. Customs and Immigrations; agricultural tax; other per person taxes imposed by government entities; applicable cruise taxes, fees, fares and port charges; passports; visas and vaccinations; transfers; tips to your Tour or Cruise Director, Local Host, driver, Local Guides, and/or ships’ crew; gratuities on ferries, trains, and cruise ships; laundry; telephone; minibar; alcohol, beverages, and food outside of the contracted menu as presented at a hotel or restaurant (these extra items will be billed to you before leaving the hotel, ship, or restaurant); additional excursions and activities not listed as ‘included’ in the itinerary; porterage at airports or train stations; Travel Protection premiums; and all other items of a personal nature.

Click on the buttons below to request a quote on this deal or contact us directly with further questions or comments.

Request A Quote Send To A Friend Have A Question? Contact Us

Send To A Friend